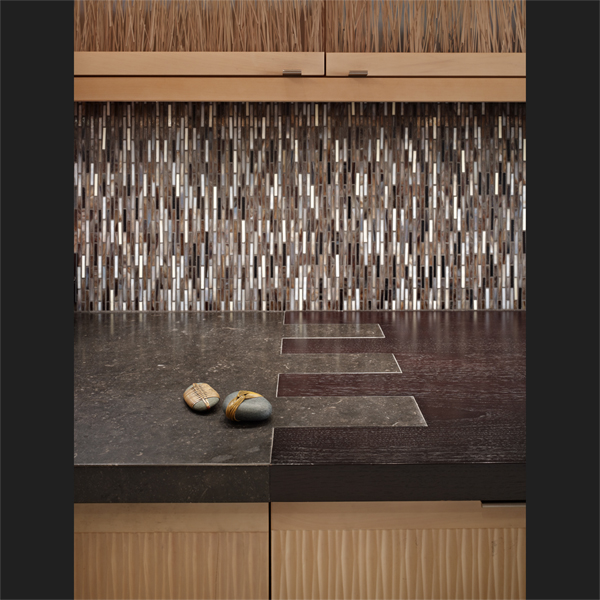 Architect Nils Finne renovates his own kitchen in Seattle

Architect Nils Finne has created a new, highly crafted modern kitchen in his own traditional Tudor home located in the Queen Anne neighborhood of Seattle. The kitchen design relies on the creation of a very simple continuous space that is occupied by intensely crafted cabinets, counters and fittings. Materials such as steel, walnut, limestone, textured Alaskan yellow cedar, and sea grass are used in juxtaposition, allowing each material to benefit from adjacent contrasts in texture and color. The existing kitchen was enlarged slightly by removing a wall between the kitchen and pantry. A long, continuous east-west space was created, approximately 25-feet long, with glass doors at either end. The east end of the kitchen has two seating areas: an inviting window seat with soft cushions as well as a desk area with seating, a flat-screen computer, and generous shelving for cookbooks. At the west end of the kitchen, an unusual “L”-shaped door opening has been made between the kitchen and the dining room, in order to provide a greater sense of openness between the two spaces. The ensuing challenge was how to invent a sliding pocket door that could be used to close off the two spaces when the occasion required some separation. The solution was a custom door with two panels, and series of large finger joints between the two panels allowing the door to become “L” shaped. The resulting door, called a “zipper door” by the local fabricator (Quantum Windows and Doors), can be pushed completely into a wall pocket, or slid out and then the finger joints allow the second panel to swing into the “L”-shape position. In addition to the “L”-shaped zipper door, the renovation of architect Nils Finne’s own house presented other opportunity for experimentation. Custom CNC-routed cabinet doors in Alaskan Yellow Cedar were built without vertical stiles, in order to create a more continuous texture across the surface of the lower cabinets. LED lighting was installed with special aluminum reflectors behind the upper resin-panel cabinets. Two materials were used for the counters: Belgian Blue limestone and Black walnut. The limestone was used around the sink area and adjacent to the cook-top. Black walnut was used for the remaining counter areas, and an unusual “finger” joint was created between the two materials, allowing a visually intriguing interlocking pattern , emphasizing the hard, fossilized quality of the limestone and the rich, warm grain of the walnut both to emerge side-by-side. Behind the two counter materials, a continuous backsplash of custom glass mosaic provides visual continuity. Laser-cut steel detailing appears in the flower-like steel bracket supporting hanging pendants over the window seat as well as in the delicate steel valence placed in front of shades over the glass doors at either end of the kitchen. At each of the window areas, the cabinet wall becomes open shelving above and around the windows. The shelving becomes part of the window frame, allowing for generously deep window sills of almost 10”. Sustainable design ideas were present from the beginning. The kitchen is heavily insulated and new windows bring copious amounts of natural light. Green materials include resin panels, low VOC paints, sustainably harvested hardwoods, LED lighting, and glass mosaic tiles. Overall, the kitchen brings a fresh new spirit to a home built in 1927. In fact, the kitchen initiates a conversation between the older, traditional home and the new modern space. Although there are no moldings or traditional details in the kitchen, the common language between the two time periods is based on richly textured materials and obsessive attention to detail and craft.

Bark: An Intimate Look at the World's Tr... 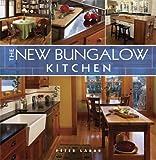 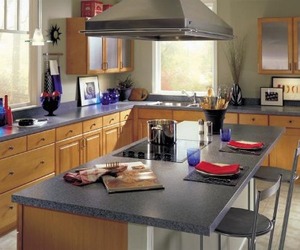 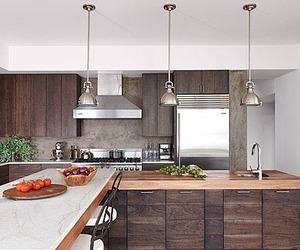 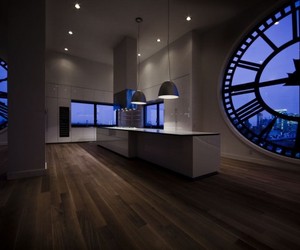 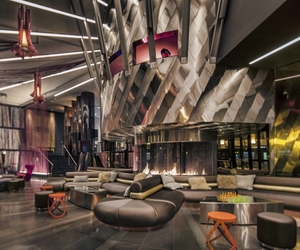 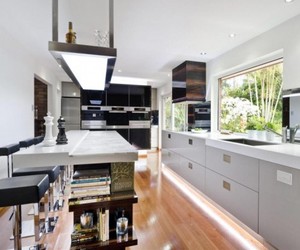 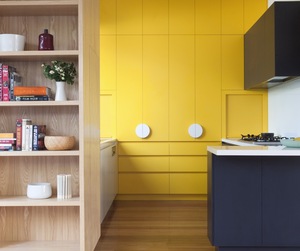 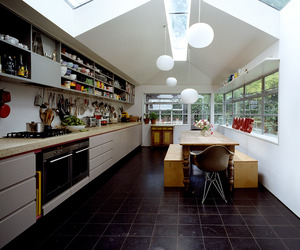 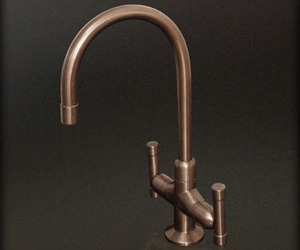 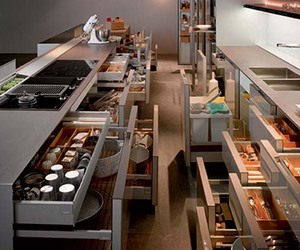 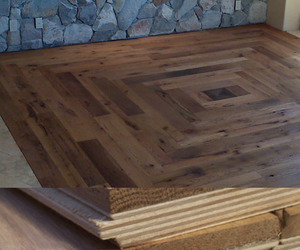 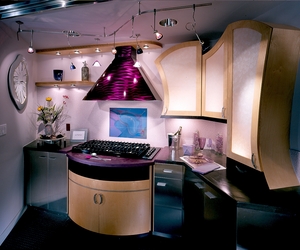 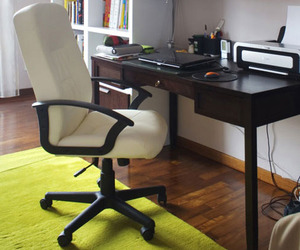