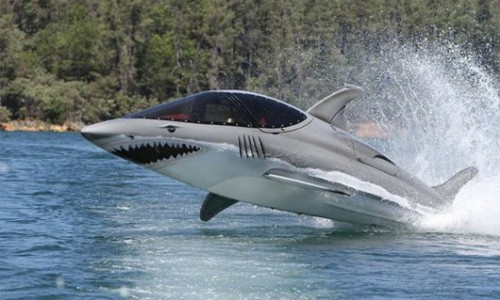 The Seabreacher X is a two seater boat, it looks like a great white shark, the Seabreacher X boosts the performance with a 260hp supercharged engine, allowing the vehicle to travel at speeds of 50 mph on the surface and 25 mph underwater. The Seabreacher is capable of jumping up to 12 feet out of the water and roll 90 degrees to the right and left. The boat plunge under the water with the push of a joystick and can remain submerged for 20 seconds. Other features include a snorkel mounted video camera transmits live video to LCD screens for the pilot and passenger during dives, GPS navigation, and on board stereo system with iPod docking. 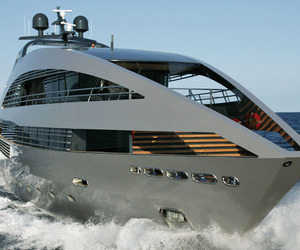 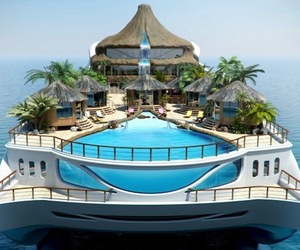 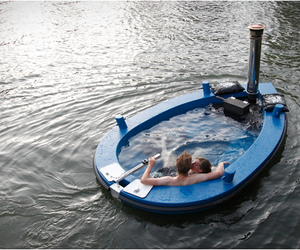 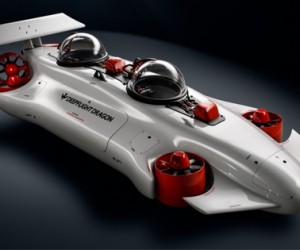 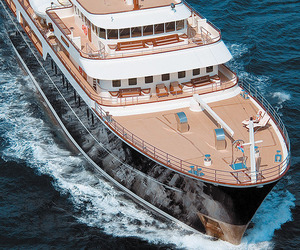 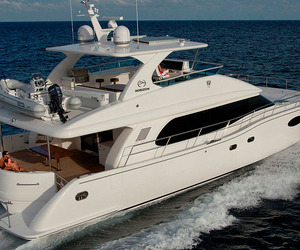 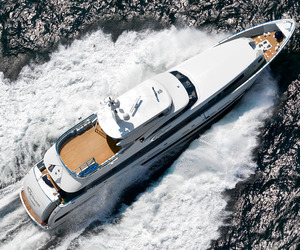 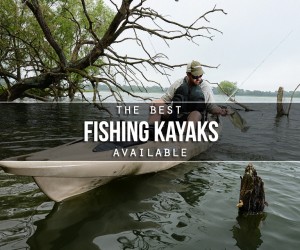 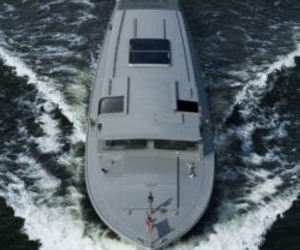 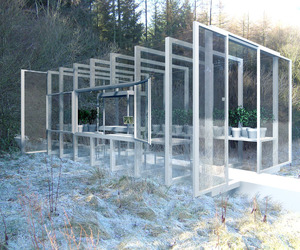 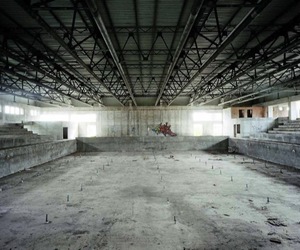 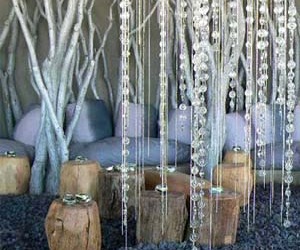