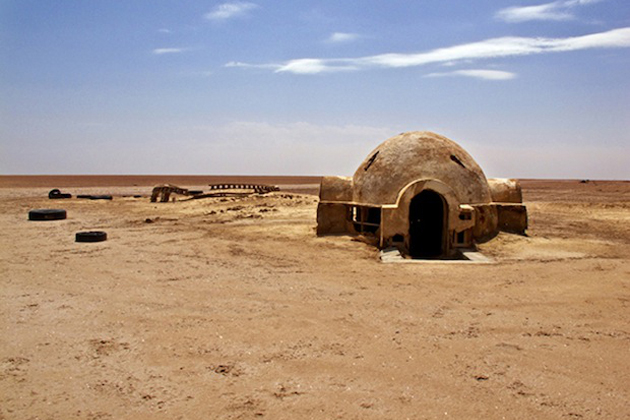 Visual artist and filmmaker Rä di Martino set out to photograph and document the common practice of film crews abandoning their sets after production in the Northern African deserts. These sets were left fully intact so that they could crumble over time like ancient ruins. If you’re familiar with Star Wars and the 4th movie from the enterprise ‘A New Hope’, then you’ll recognise the photos below as being the childhood town of Luke Skywalker