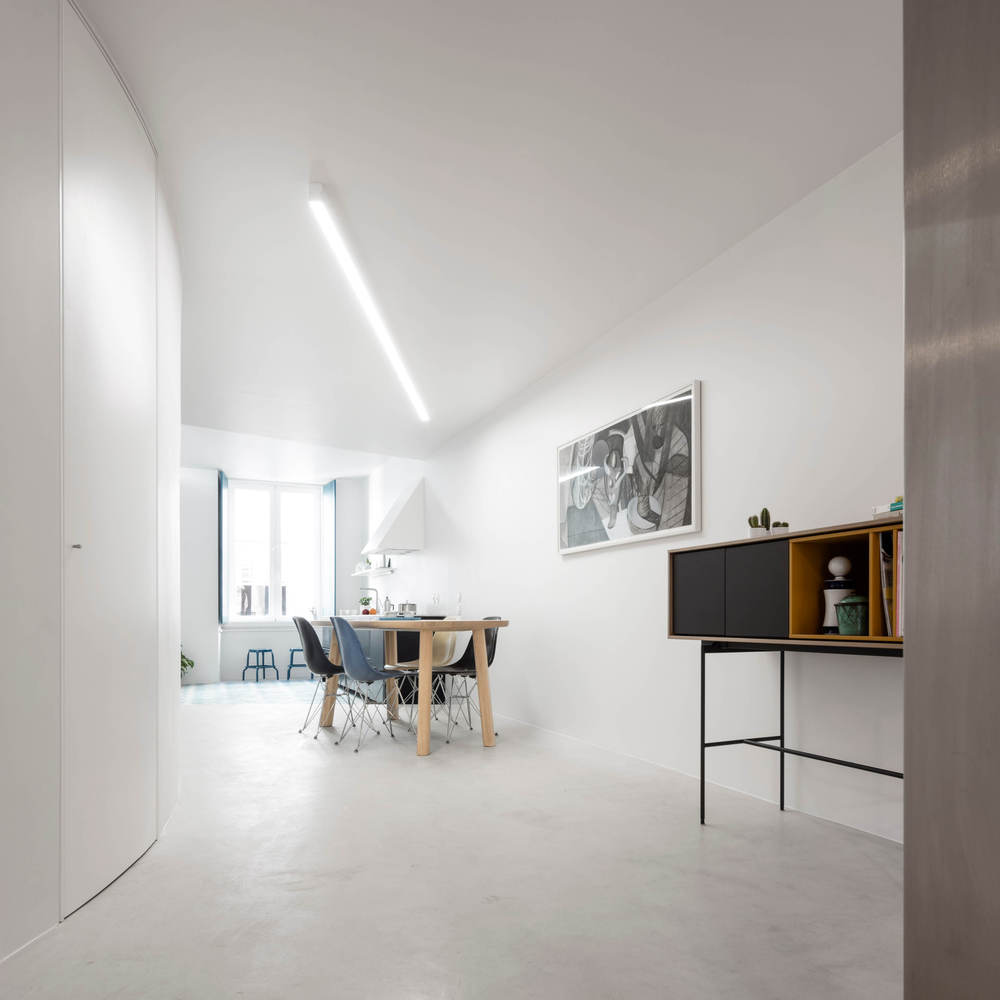 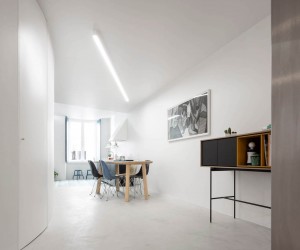 Chiado Apartment is a minimalist house located in Lisbon, Portugal, designed by fala atelier. The 120m2 apartment, built in the turn of the 19th century, presented a fragmented arrangement of rooms and an erratic almost negligent overlay of successive interventions by previous owners abandoned the original character of the space. By erasing all the previous interventions, the separation between night and day areas became clear. One single wall, half-circular in plan, was proposed. The brief requested the preservation of the old plaster ceilings, the inclusion of the remaining structural elements, the partial rising of the pavement and an adjusted and coherent programmatic distribution. The eccentricity of the proposed inner volume is a studied logical deduction from the given parameters. 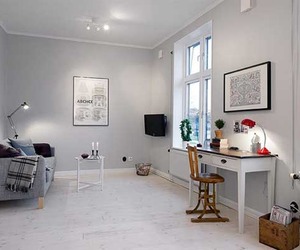 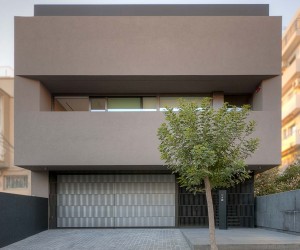 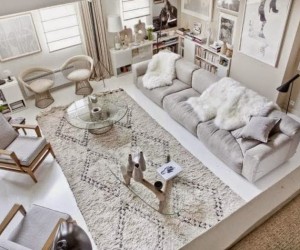 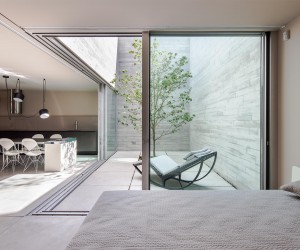 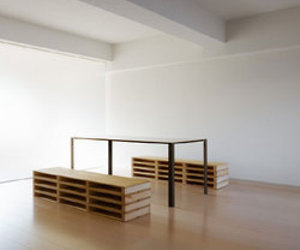 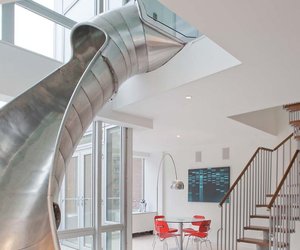 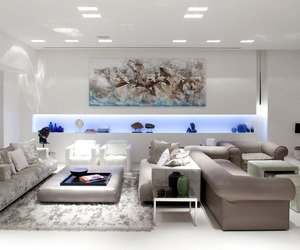 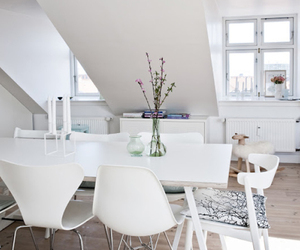 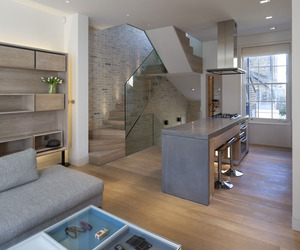 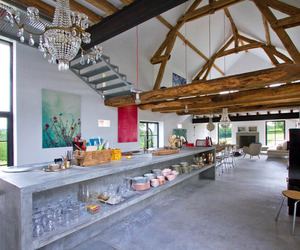 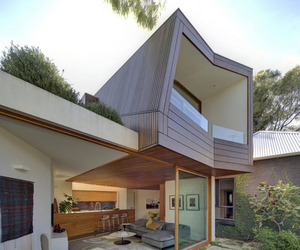 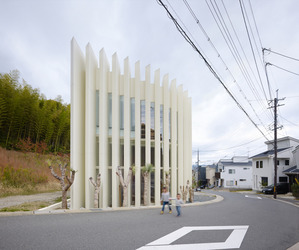